This guide has seasons forecast, everything you need to know about weather in Goa

Goa is in the west coast of India with the Arabian Sea on one side and Western Ghat hills and forests on the other. The weather in Goa is never too hot, even in the summer, when most parts of the country see very hot days. The winter is also mild. The chilly wind of the winter, which freezes much of North and Central India, does not affect Goa, thanks to the warm breeze coming in from the Arabian Sea. Similarly, the summer winds from the deserts of Rajasthan also do not reach the state.

There are no sharp changes in Goa temperature. But the weather in Goa does become hotter in the summer months, and cools down in the winter.

There are 3 main seasons in Goa – summer, monsoon or the rainy season, and the winter. The summer between March and early June is long, while the winter between December and January is short. May is usually the hottest month. The monsoon season is typically between June and August. Goa receives a lot of rain this time of the year because of tropical monsoon climate. However, it can rain at other times of the year as well, thanks to Goa’s coastal location. Clouds come in from the Arabian Sea, hits the Western Ghats hills, and downpours its content.

Goa Weather in the Summer 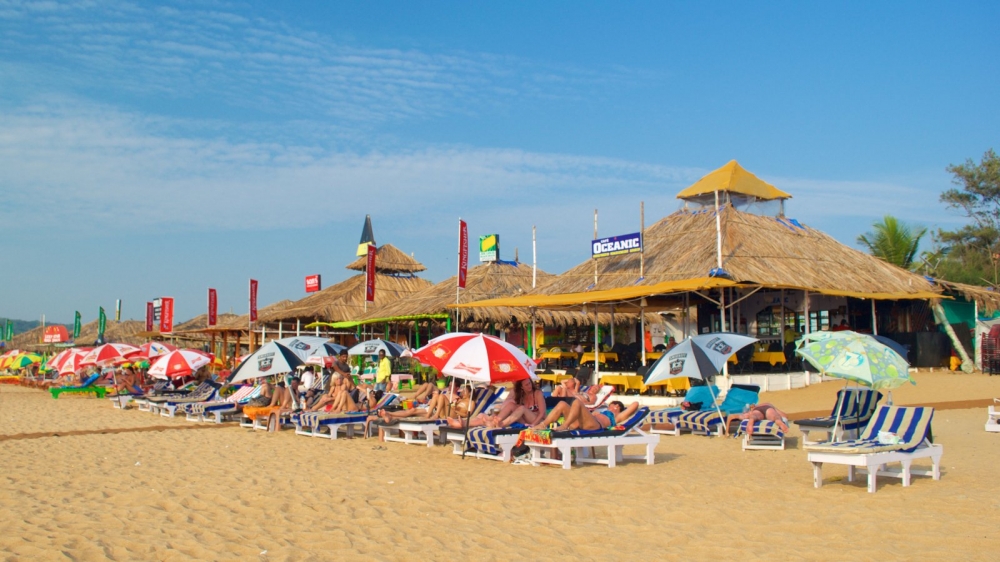 Weather in Goa in the summer is hot and humid. It is between March and early June. The average temperature is around 33°C. But the Goa weather gets more pleasant in the evening as cool wind comes in from the sea. There is rain too on some days with thundershowers. This brings the temperature further down, making the nights cool and comfortable. But the evening humidity can be very high if it doesn’t rain.

Best things to do in the summer – Water sports, swimming, relaxing in a beach shack, sightseeing, scuba diving, snorkeling, festivals.

Goa Weather in the Monsoon 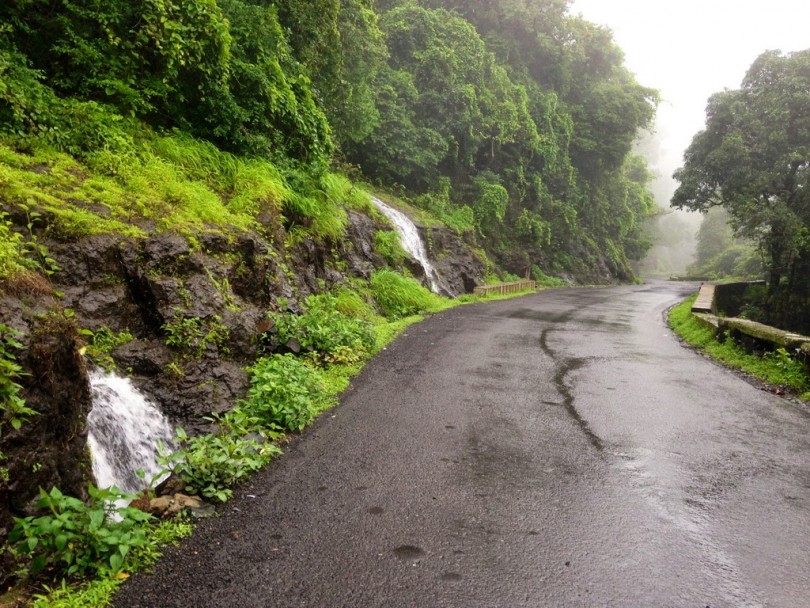 Tropical monsoon climate in Goa is between the middle of June to late August. It will rain almost every day this time of the year, and often there are thundershowers as well. The rivers and ponds are all full as there is a marked increase in rainfall. There is a lot of greenery all around because of all this rain, making Goa look lush. On many days, the sea will be choppy, so water sport is ruled out. The weather in Goa is very humid now. Marked decrease in the number of hours of sunshine, because of the cloud cover. There can be sudden, sharp showers even if it’s a sunny day. Goa weather is known to change very quickly.

Best things to do in the rainy season – Dudhsagar waterfalls, spice plantations, and white water rafting.

Goa Weather in the Winter December and January are officially the winter months, though the Goa temperature turns cooler from the middle of November and stays cool till the middle of February. The days are short, but there is more sunshine than the rainy season. The weather in Goa is very nice now with little rainfall and low humidity. It is much more pleasant as the winter sun will not hurt your skin. The nights are cool and comfortable. The minimum temperature rarely goes below 18°C, while the maximum temperature doesn’t go above 33°C.

Winter is undoubtedly the best time to visit Goa. The weather in Goa is milder with little rain, so you can spend long hours on the beach or plan a day out, seeing the many tourist attractions. The beach shacks are all open, and the water sports operators are all working. However, Goa is becoming popular as a monsoon destination as well. In recent years, there has been an increase in the number of tourists during the rains. Goa certainly looks very romantic in the monsoons. Goa temperature is also much lower than the summer season.