The Goa International Airport is located at Dabolim, 4 kilometers from Vasco da Gama. Presently, this is the only airport in Goa for both domestic and international tourists. However, a new airport is being built at Mopa in north Goa, which is expected to be commissioned in 2020. The Dabolim airport is both a civil and military airbase. INS Hansa, the Indian naval air station is based here, providing aerial defense to the western and southern parts of the country.

It is also the 10th busiest airport in India by passenger traffic. 7,607,249 passengers moved through the airport in 2017-18, connected by 50,567 aircrafts. Air India, Air Asia, Jet Airways, Indigo, Spicejet, GoAir, Finnair, Qatar Airways, Oman Airways, and Air Arabia are some of the airlines that reach here. There has been an 11% increase in passenger movement over the previous year. Thomas Cook Airlines and TUI Airways are seasonal, operating during the peak tourist season in Goa. The Dabolim airport also handled 4,372 tons of cargo.

Goa is one of India’s most popular tourist destinations. It is also a port city, and there are many industries and businesses as well. It is also a base for the Indian Air Force. This makes Dabolim one of the busiest airports in India. Passenger and cargo traffic is expected to keep growing in the next few years. 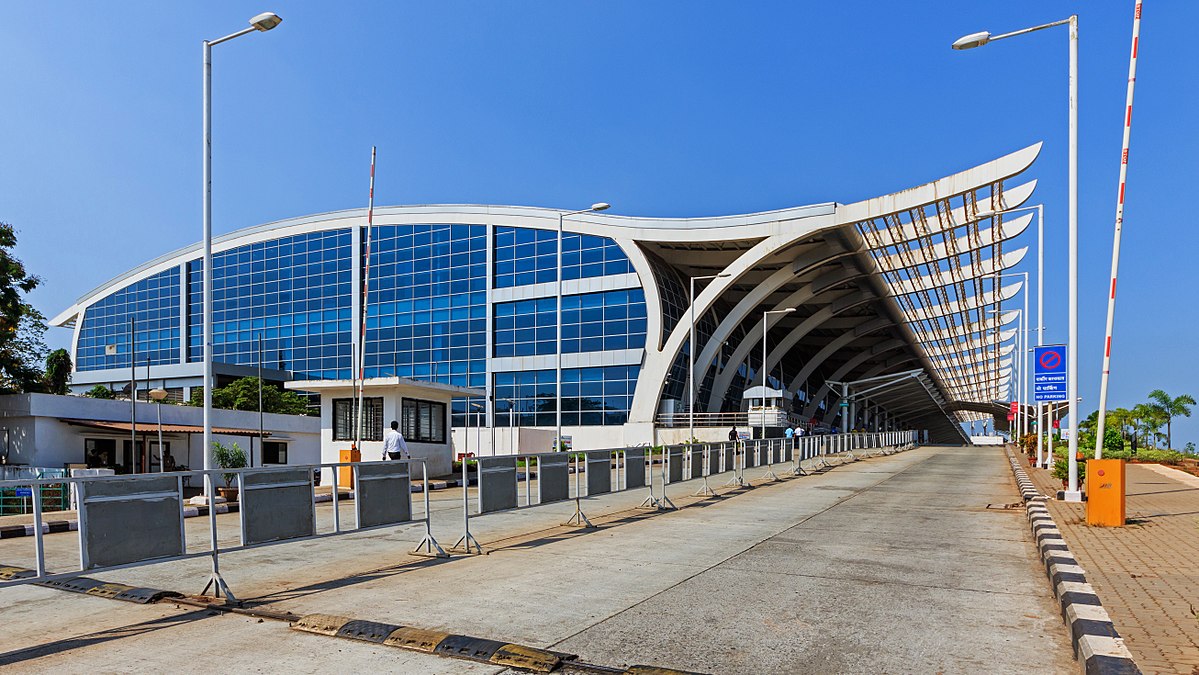 Distance From Major Places In Goa

There are 2 terminals in the airport. Terminal 1 handles domestic flights, while all international flights land and take off from the Terminal 2. The domestic terminal covers an area of 21,527 square feet and was built in 1983. The international terminal of 10,763 square feet came up in 1996.

But the facilities are services are limited because it also serves the Indian air force. For instance, you have to stand in queue twice for checking your personal belongings like mobile, and wallet, and then again for body checking, which takes time. So there is a big queue, and sometimes confusion. In most other airports in India and around the world, the two can be done in a single counter.

Dabolim is India’s 10th busiest airport, so it can be slow at times. Make sure that you reach the airport at least two hours before your flight time.

The new airport coming up at Mopa in north Goa will have 666,900ft square feet. It would be able to handle 2,750 passengers every hour or 4 million per year. There will be 5 passenger boarding bridges, in-line baggage scanning systems, parallel taxiways, and separate terminals for cargo. It is expected to be opened in 2020. Once open, Dabolim is likely to be used mostly by Indian Air Force.

Infrastructure at the Dabolim Airport