Before the vacation in Goa it raises a number of questions related to the currency. What is the money of India? Do we need to take some cash with and how much? What currency is best to have on you or in a bank account? How and where to exchange money in Goa? How to pay? Let's try to answer these questions.

In all the Indian states, including Goa, the payments are accepted only in the official currency of India. 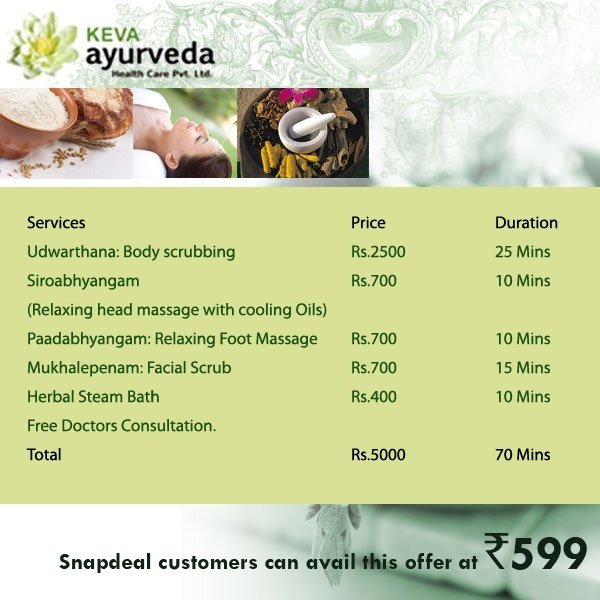 The national currency of India is Indian Rupee. International designation code IRN, and in the country — Rs or

(stylized letter “ra” of the Devanagari alphabet). The sign of the rupee is usually put before the sum: Rs 100,

In circulation there are banknotes in denomination of 5, 10, 20, 50, 100, 500 and 1000 rupees. Possibly you'll meet the banknotes of the same value but of the different designs and color. For example, only the new banknotes have a portrait of Mahatma Gandhi, and the denomination of 500 rupees is available in two-colored gamma and one of them is very similar to the 100 rupees. All this is quite normal in India and in Goa. In circulation there are the banknotes of different periods of issue, but argues that there is practically no counterfeit money.

The smallest coin in Goa is 50 pice. 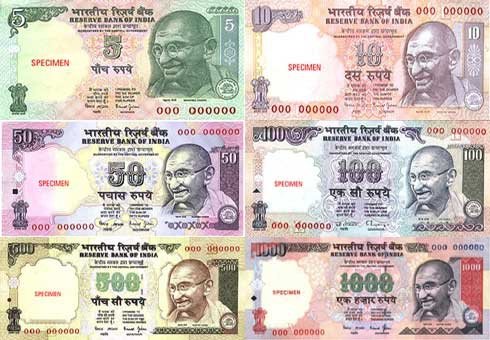 Currency Exchange in Goa is possible in banks, offices of travel agencies and in exchange offices, which are located in all cities and administrative centers, in hotels, in the high-developed resorts. Sometimes the currency exchange is available in stores, restaurants, even in some chemist's and retail stores.

The Commission of exchangers is within 2-5%, the rate is different depending on the location, season and amount, but generally is a little higher than the official one. At the airport, for example, the exchange rate is extremely disadvantageous. Beware also the exchange currency in places that do not have official permission for such activities. Orientate yourself by the presence of a sufficiently large sign “money exchange”, which is a testament to the fact that this operator has a license.

Often in exchanger and travel agencies there are offices of money transfer Western Union and MoneyGramm, where you can get money. 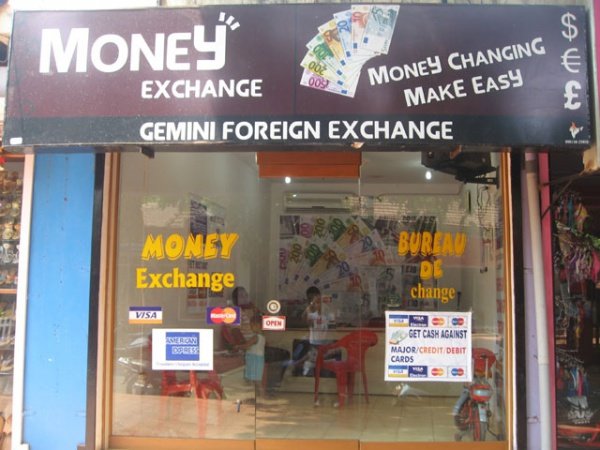 On the territory of Goa there is a network of offices of all Indian and some international banks. Typically, in each resort village there is a bank office, which offers a range of normal banking services, but cashing money from the account in foreign bank may not be possible in all of them. You probably have to go to Panaji or Margao, where there are larger representation of banks, but just in case, first ask at the nearest office for assistance or contact your travel agent.

For the operation of withdrawing currency the bank usually takes a 1% commission, to which is added the percentage of the commission of the bank-account holder.

If any banking transactions will require you to show your passport, which will make a copy. Keep receipts confirming the legitimacy of transactions. 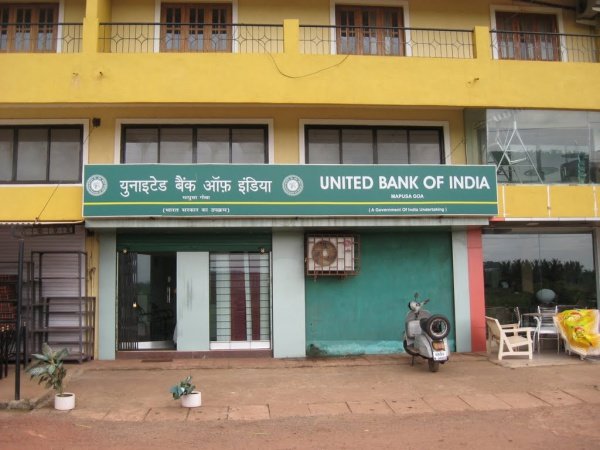 In Goa there is a limit on cash withdrawal from ATMs: per single operation — 10,000 rupees, per one day — 40,000 rupees. The commission depends on your bank and your agreement with it. It ranges from zero or minimum of 3-5% of the withdrawn amount. The exchange rate conversion also changes depending on the bank.

Almost no matter what currency you score, but just in case, check with your bank before leaving.

According to the testimony of tourists from all ATMs in Goa only those that belong to HDFC bank, they charge an additional fee of Rs 200, but they warn about this before the operation.

ATMs in Goa are available in cities and resort areas, with the exception of its extremities. In the south there is the only ATM in town Chaudi, ​​the administrative center of Canacona where the beaches Palolem and Agonda are. At the northern end of the Goan coast there is an ATM in Arambol, but it is the same HDFC bank. In nearby Mandrem there is an ATM of Canara bank. There are some ATMs in the central area of ​​Cavelossim beach, in the south to Vagator and Siolim in the north, as well as in the cities of Panaji, Margao, Mapusa, Vasco da Gama. 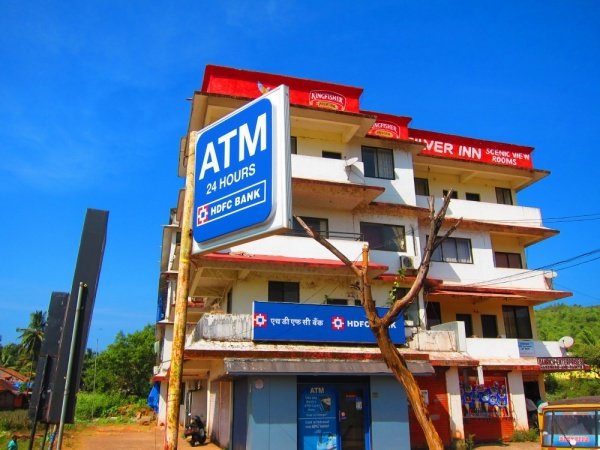 In Goa the bank cards are accepted for payment only in hotels, large shops and expensive restaurants. It is obvious that almost all have to pay cash.

Some prefer to bring in the large amounts of cash and exchange it, tracking down the best rates. But from the experience, the safest and the simplest way to get cash is through ATMs. It takes less than a minute, without formalities, and frequently exchange rates and commissions are more favorable.

On this basis, it is recommended to take a small amount of dollars or euros for possible allowance, and on his arrival card to withdraw money from a bank or ATM. Dabolim Airport ATM is located in 20 meters to the right of the exit.

If possible, bring more than one bank card to have an escape route in case of loss or damage. Traveler's checks are also the reliable means of cash, as they are exchanged everywhere, and in the case of loss can be recovered on-site, as opposed to credit cards. 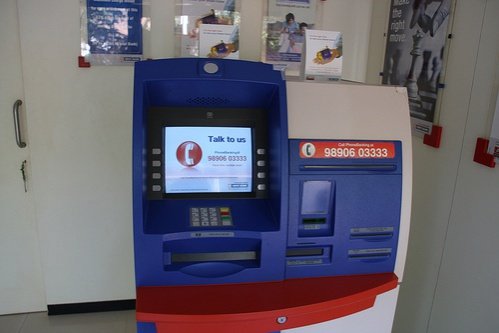 Bank cards that are accepted for payment and do not create problems when cashing in ATM, are those like everywhere else in the world, mainly Visa and MasterCard. If you have another card, then make sure you know whether it is international and is valid whether outside Europe. This information tells you your bank. Be sure to ask about this before you leave, as well as the size of the commission and recommended bank offices and ATMs.

Important: warn your bank, preferably in writing, of the forthcoming departure. Otherwise, it may block your card on suspicion of unregulated operations on foreign territory, and this entails a number of formalities and unnecessary phone calls. To unlock card takes an additional day or two.

The banks in Goa are open weekdays from 9:00 to 18:00, with a break for lunch. The exchangers are usually open until 22:00, ATM machines work around the clock. 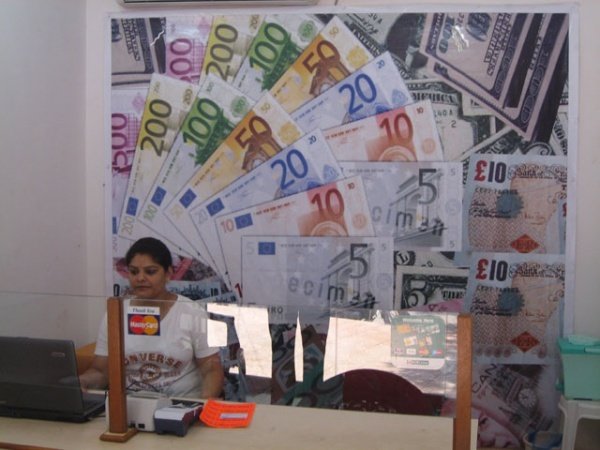