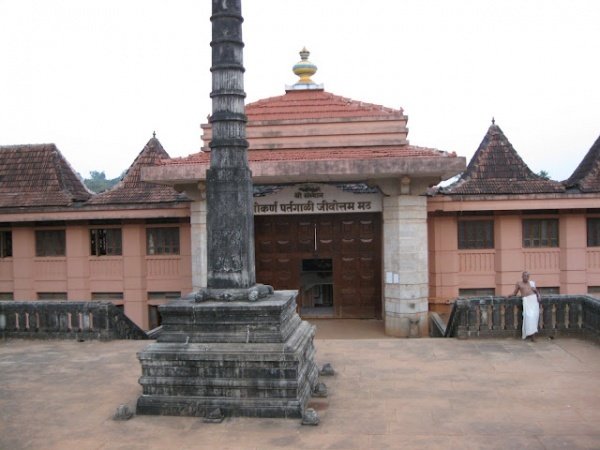 The monastery is situated on the bank of the sacred Kushavati River. It was built in 1475 and nowadays it is deservedly called the most ancient temple of Vaishnava Brahmin community (which is much proud of its eternal tradition of 23 swamis) in whole India and around the world. 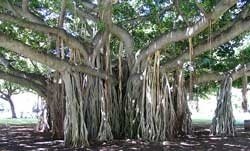 The symbol of the spiritual movement, implemented by this religious center during more than 500 years, is a huge, giant Vatavriksha Banyan Tree which grows 200 meters north from the the Shri Gokarn Partgali Jeevottam Math monastery. The tree, the age of which is more than 2000 years already, has 220 aerial roots and covers an area of ​​72х70 m. People say that more than 1000 persons can easily hide under the shadow of this amazing masterpiece of the nature. Near the tree you will see a lingam – the symbol of Shiva God. This fantastical place is also known under the name of Bramhasthan.

You can reach the monastery in Partagal by driving alongside NH66 – NH17 Highways about 10 km south-east from Chaudi municipal center. The Temple is located not so far away from the main entrance to Cotigao Wildlife Sanctuary and National Park. All municipal buses are making a stop in Poinguinim Village. 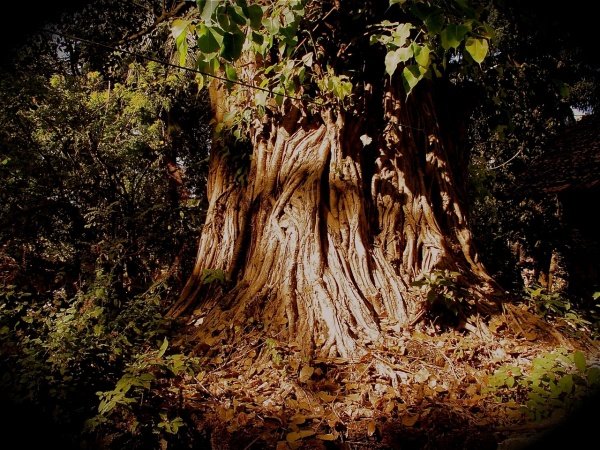