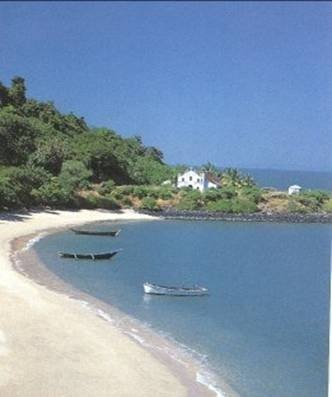 Anjadiva Island, also known as Anjidiva Island, Anjediva Island and Anjadip Island, due to its area of 1,5 squire kilometers length is the largest island of archipelago which consists of five islands: Anjadiva, Kurnagal, Mudlingud, Devgad and Devragad. With its strategic and economic importance this Island played a significant role in the history of Goa.

Anjadiva Island is located in the Arabian Sea, near Canacona seashore, in South Goa. Due to the fact that the Island situates about two kilometers from Binaga Village (Kartanaka state) it is widely believed that Anjadiva belongs to this State. But legally Anjadiva Island is a part of Goa State. The place is known to Indian culture since the Puranic period. In the poetry it is described as "resting place of Venus and her lover". Since ancient times local people adored here the famous Arya Devi Goddess (the wife of Shiva God), later known as Anji Devi Goddess.

In 1498 and later in 1502 the Anjadiva Island was visited by Vasco Da Gamma, who stayed here for some period of time. The island was strategically important for Portuguese defense, as well as it was an important sea port for Greek, Arab, Egyptian and Portuguese merchant and trade ships during centuries. That’s why the Fortress and a Church, which is considered to be the oldest Roman Catholic Church in Asia, were built here (the Church was build in 1502). 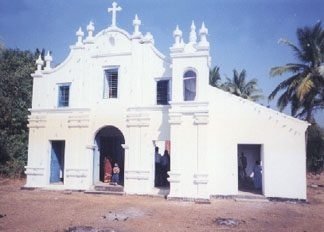 Till nowadays the Island carefully keeps and protects the remains of those bygone eras: you will be able to see several ancient houses and buildings, the ruins of Fort and Church. The Indian Navy Forces headquarters and base are placed at Anjadiva Island too.

The Island is also well known and famous for its annual Nossa Senhora da Brotas Fest which is hold on February 2 and with the celebration of the Day of St. Francis D'Assizi Chapel which is taking place on October 4.

To reach the Island you should first go to the City of Karwar. The closest railway station is Shirwad Station which is located 6 km from Karwar (Concan railway route). If you are planning to travel to Anjadiva Island by a car, than you should drive NH17 Highway. Numerous buses are running from Goa to Karwar regularly. You can also travel by water transportation from the main port of Karwar City directly to Anjadiva Island. Keep in mind that sometimes the access to the Island is forbidden, so before going there, please, contact Station Commander Sea Bird Project to find out if the Island is open and there is a possibility to visit it. 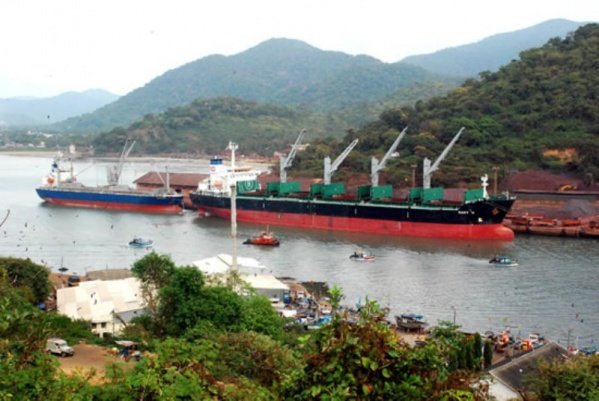