Hampi is undoubtedly one of the most interesting sights in South India. It’s worth rival to the best examples of eastern architecture like Jaipur and Agra. It’s the ancient city, which preserved the impressive remains. The capital of India's most powerful empire — Vijayanagara was founded in 1336 and existed until 1565, extending from the Bay of Bengal to Sri Lanka. 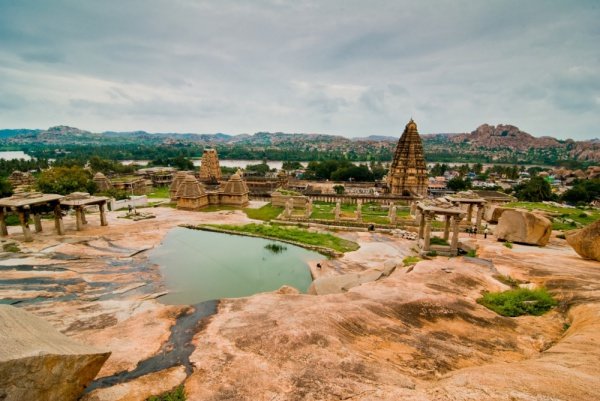 In translation the name Vijayanagara means “the city of glory”. During its prosperity Hampi was the center of commerce, culture, religion and spirituality. Nearly 30 square miles of stone ruins are impressive today for its incredible scale and handicraft of the ancient builders. At the base of the buildings there are ruins of even older age, and the firm dating of the first buildings is still the object of scientific controversy. 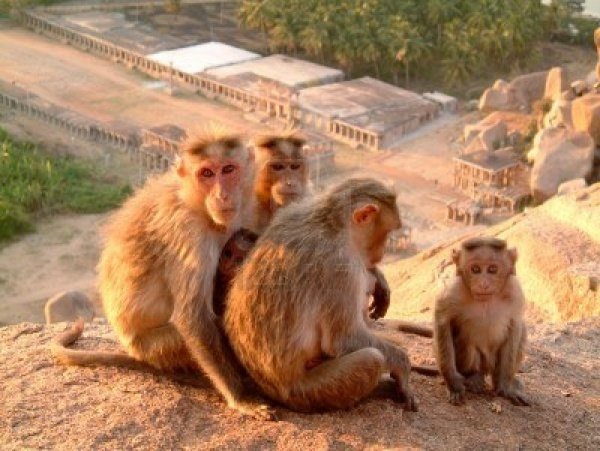 Its prosperity Vijayanagara was experiencing during the reign of the wise and well-educated ruler Krishnadevaraya, zealous person of Arts and Science. The empire was ruled by four dynasties and 23 kings. In the crisis years the ruler had 500 wives, and in the years of plenty – up to 12000. The end of the glorious empire came after the invasion of Muslim sultans, robbed and devastated the capital in the middle of the 16th century. Today Hampi is a ghost town where live less than 1500 people and a lot of monkeys.

In 1986 the monuments of the city were included in the UNESCO World Heritage List. Hampi is situated on the south bank of the river Tungabhadra. The valley is studded with over 500 temples and palaces. The most interesting objects including a tourism point of view are:

Lotus Mahal is the summer palace of the Queen with air conditioning.

Vitthala temple is a huge complex that attracts sophisticated architecture and 56 musical columns that make sounds like tipping of various musical instruments. 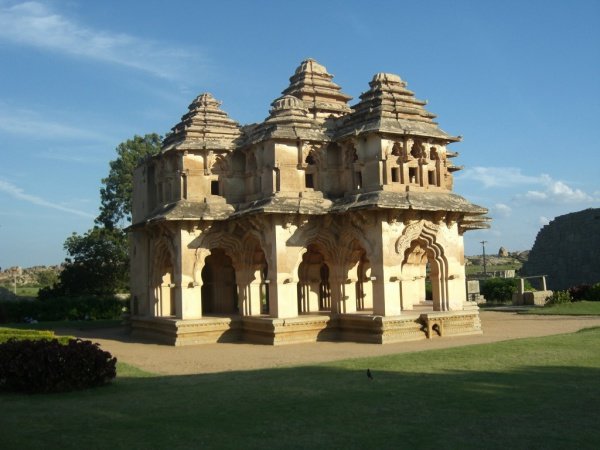 A stone chariot reproduces in detail the wooden chariot-ratha that is used to take out the statues of the gods of the temples. originally even the wheels were rotating.

Virupaksha Temple. On Maha Shivaratri festival (“the great night of Shiva”) thousands of fans come to this working temple, one of the brightest places in the whole India, devoted to Shiva. The majestic 52-meter high gate leads to the temple. 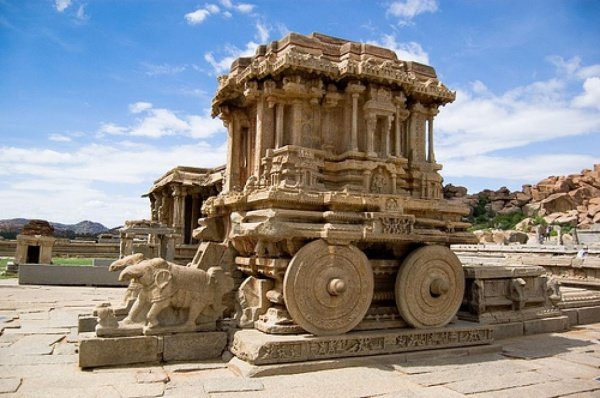 Vijayanagarian markets are the largest shopping center, covering an area of 1.6 km.

There is a marvelous view of the city from Matanga Hill, especially breathtaking is the view of the sunrise or sunset.

Among the boulders is Kishkinda lake, in which waters one can jump from the height of 4 to 16 meters. Some of the locals do it for money. 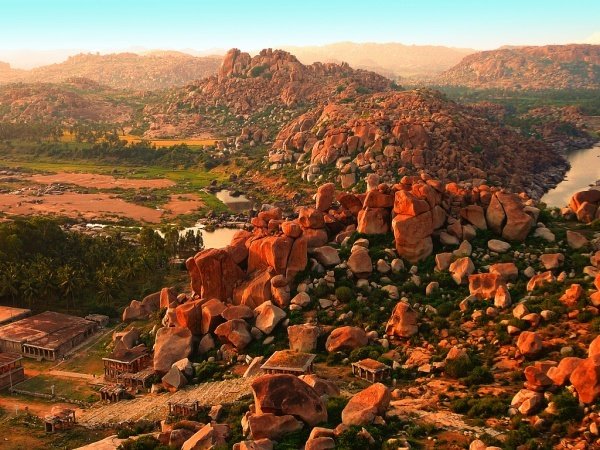 Hampi is a natural phenomenon and is no less impressive cultural and historical attraction. Valley is covered with huge boulders of incredible shapes and location, creating a sense of something transcendent. The legend tells that there was a well-known city of monkeys, whose king was god Hanuman. He and Rama fought abreast with the enemy. It was a giant Hanuman, who threw the valley with granite blocks. And to these days they are there, making the visitor to blink surprisingly, disbelieving his eyes. 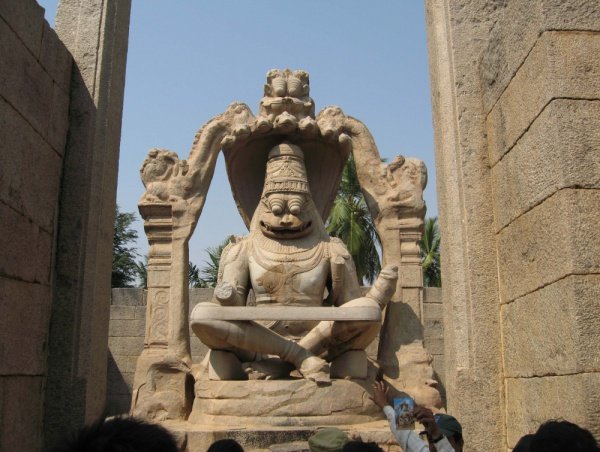