The lake in Arambol

If to follow the letter of official toponymy, Arambol Lake is called Vagkolam, but among local residents and tourists it is best known as the Sweet Lake. It has the fame of the only fresh-water lake on a beach strip of Goa in close nearness to the Arabian Sea. 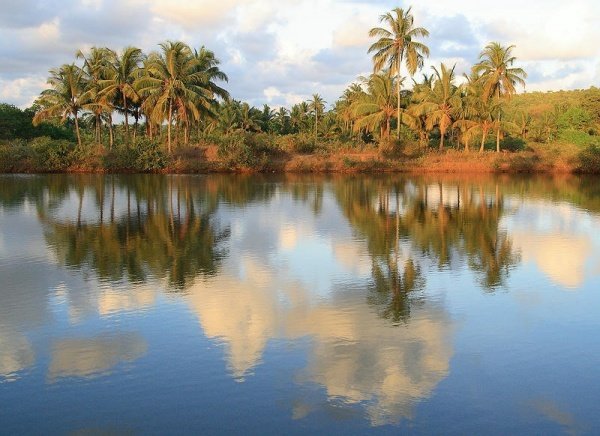 It is too according to the official version, because from time to time the sea floods the lake and “salts” its fresh water. Such cases mobilize civil activity of locals and they address to the government with requirements to build the protective wall, to renew and improve the territory round the lake. The Goans consider it as national property with important historical value. And therefore as for Hindu the mythological sources often make up the historical, so the value of Arambol Lake is reduced to the following legend: Pandavas brothers, during the long expulsion, arrived to Arambol part of the Goan coast. It happened at midnight and all time they were singing the hymn “Khar Khar Makhadev", that’s from where came the name Kharmal, under the influence of the European languages it was transformed to Arambol. Makhadev is a reincarnation of god Shiva. And the lake is called Vagkolam because two centuries ago in caves nearby lived tigers. 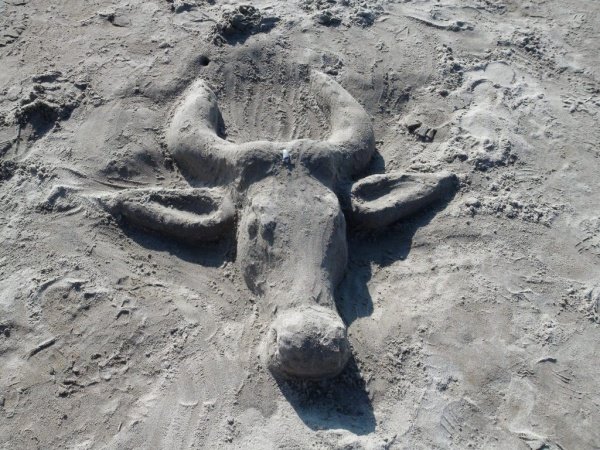 It not the only legends, beliefs and curious stories that are turning round the Sweet Lake. For example, there are nearby clay blocks. The locals and tourists unanimously claim that this clay possesses magically health-improving properties. People moisten the pieces of clay in water, then coat their whole body with this suspension, wait some time until it dry well and at last wash it off with lake water. They say that this clay contains the sulphides that clearing skin deeply. 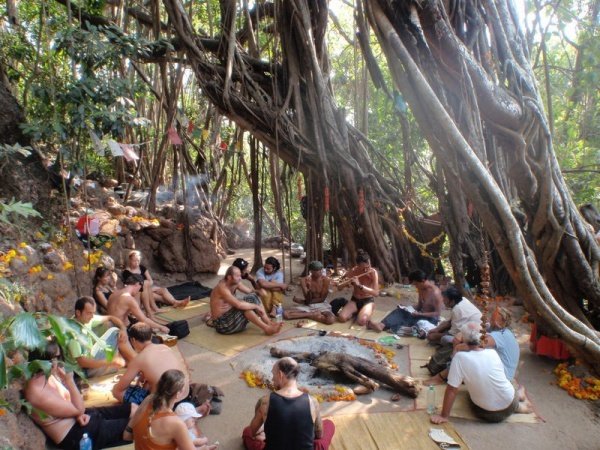 Also in jungle there is well-known banyan under which allegedly meditated the Beatles during their mysterious unconfirmed travel across India. This myth is used by enterprising locals. Now under the banyan it is always possible to find the elderly wise man spending time in a condition of a spiritual height. It is accepted to come to it with gifts – fruit and any trifles, to sit in a circle and to smoke “peace-pipe” waiting for comprehension of the highest enlightenment and wisdom. About the huge tree there is also a colony of hippie. 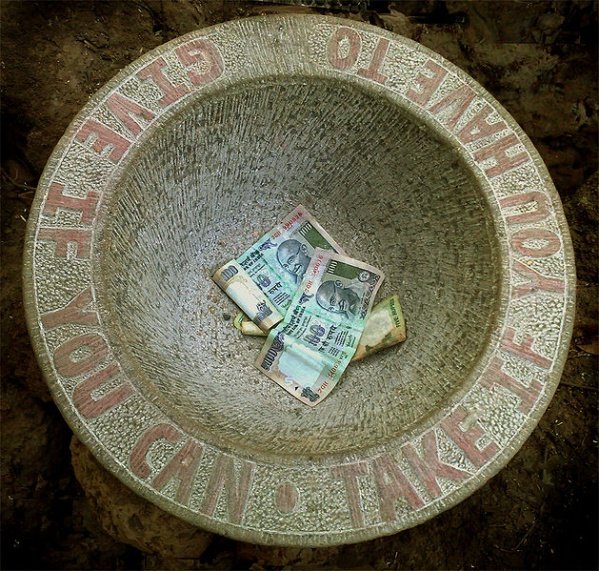 Like on the island in Palolem we can find here “the money stone” of Polish conceptualist Jacek Tylicki called “Give if you can — Take if you have to”.

The Vagkolam Lake has a very interesting form. If to see on a map, in its outlines it is possible to recognize the silhouette of a playing dolphin or a whale. The lake is supplied by hot springs, that is why the sweet-salty water gets very pleasant temperature, and sand at the bottom is even warmer. Exact location of Sweet Lake is on Kalacha or Paliem beach which lies in the north from the main Arambol beach, behind the hill. 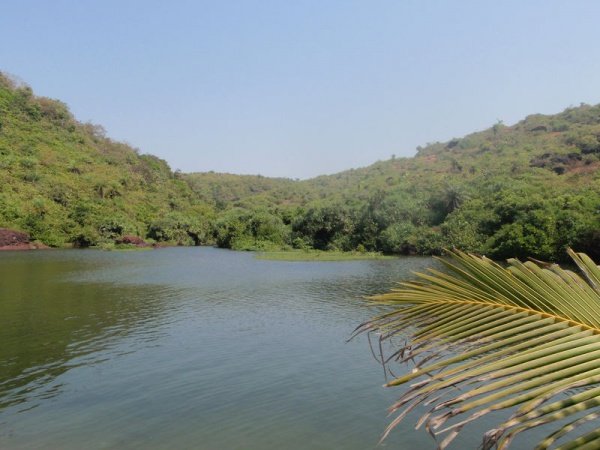