The traditional Catholic spring carnival was brought into the holiday calendar of Goa by the Portuguese. The carnival got accustomed into the culture of local citizens, and every year is celebrated in a big way, especially in the city of Panaji (the capital of Goa) and other big cities.

In the celebration not only Christians take part. Today, the carnival of Goa isn’t seen as a religious holiday: it is three days of just unrestrained national exhilaration.

The tradition is observed only in general. Properly, during the carnival the whole power passes to the clown king. In Goa he’s called King Momo. He declares the beginning of the holiday, having issued the order to all to forget about the problems and to plunge into the world of entertainment and pleasure. All have to eat and drink without restraint.

The main holiday event is carnival procession. The processions pass from specially arranged platforms on wheels through the flower covered streets. Each platform represents the unique work of folk art recreating any scene from mythology or history.

The carnival in Goa takes place usually at the end of February or at the beginning of March and turns into a spectacular tourist attraction. 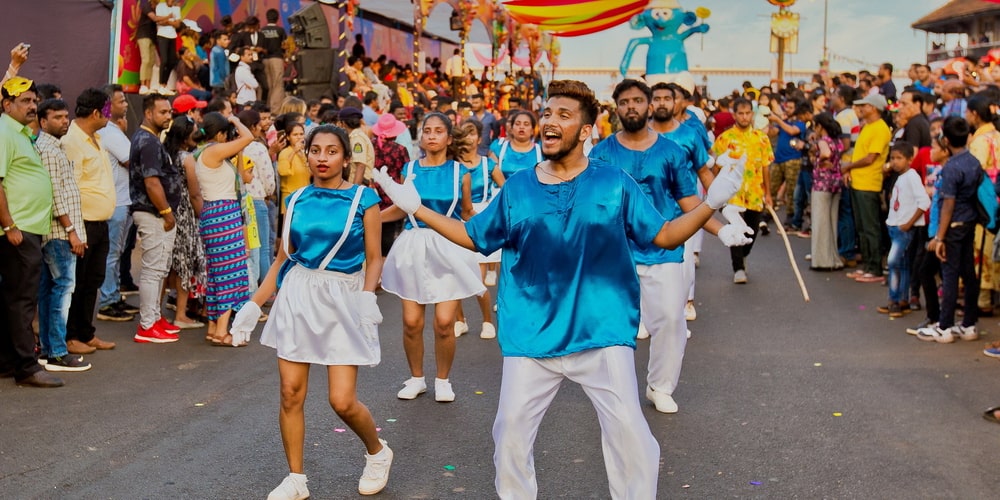